As I had a lot of time to kill between arriving in Canakkale and the tour setting off, I took a walk by the water to the horse used in the movie Troy: 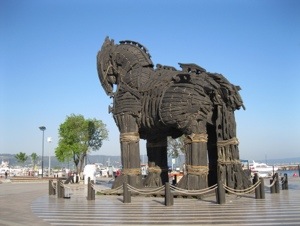 And before you ask, no, I’ve actually never seen the movie. But I grew up on retellings of the Greek myths and then later the actual classics themselves, so I was super excited to see Troy, despite the lack of sleep and the fact that everyone told me there’s nothing to see there.

Well, I went, and there is definitely something to see! I had been envisioning a few holes in the grassy plains (like the archeological site at Nara) but I got to see part of the walls from Troy VI, the incarnation of the city that is likely that of the Iliad. All it took was a bit of imagination to see Hector standing at the top of the wall looking down at the mighty Greek army laying siege to his city.

The version of the horse up at the site: 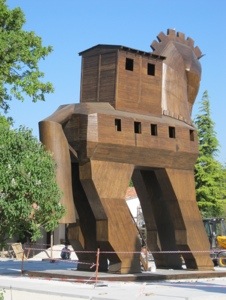 The East (?) gate of Troy VI along with some Roman period city walls: 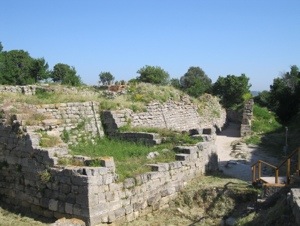 More of the site covered in poppies – and what was once the sea: 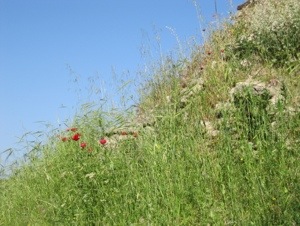 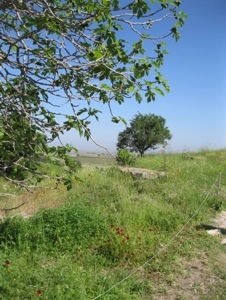 Me in front of what may have been the main gate to Priam’s city: 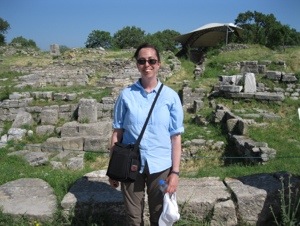 2 comments on “Topless Towers of Ilium”