It was time to head back to Istanbul, where I have spent the past four days seeing sights at a somewhat more leisurely pace.

On Sunday I went to Dolmabahce Palace (built by sultans to show Europe that its sick man, the Ottoman Empire, was doing fine but in reality costing the empire more than it could afford). It’s a baroque, rather overdone building, with rooms that could be lovely if they had just stopped decorating several elements earlier! (Keep the gorgeous Baccarat crystal chandeliers, carpets, mirrors and upholstered chairs, but don’t add trompe l’oeil ceilings and walls on top of that! Shame on you, French decorator to the sultans! The Baroque period just called from two hundred years earlier and it wants its excess back!) There is, however, a fantastic view of the Bosphorus from the palace. 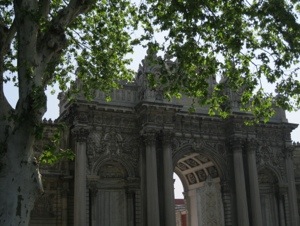 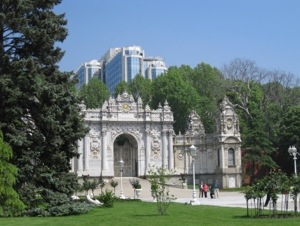 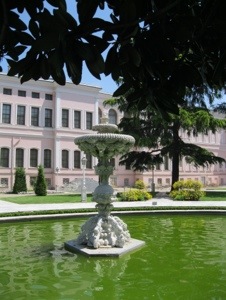 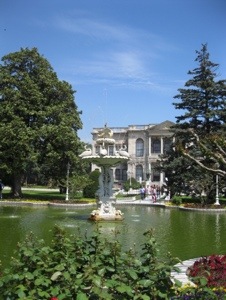 On Monday, many museums are closed, so I figured it was a perfect day to go on a Bosphorus cruise. I chose to go on the one run by the normal ferry service, as it’s much cheaper than the touristy ones (ok, yes this is also for tourists) and I had a pretty detailed guidebook that listed what I would see: old palaces, the European or Asian shore, jellyfish in the water at our lunch stop (of three hours), the Black Sea. I have to say I enjoyed the ride back more than the ride out to the mouth of the Black Sea, in large part because on the way out I was sitting next to a couple of grumpy tourists and on the way back I was chatting with a nice French couple. On the way back, I even saw a dolphin!

We set out in a drizzle:

Dolmabahce from the water: 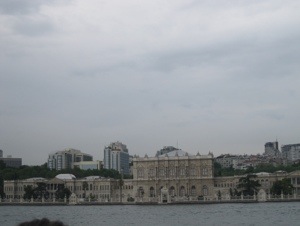 Other sites (palaces, the famous suspension bridge, pylons bringing electricity from the Asian to European side): 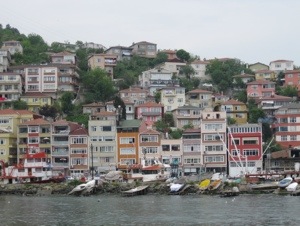 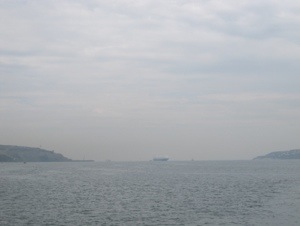 The castle I hiked up to before lunch as I tried to spend three hours in the little town at the mouth of the Black Sea (and views from there): 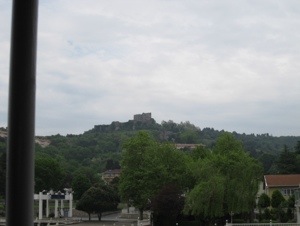 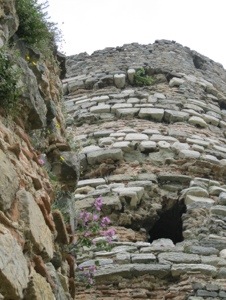 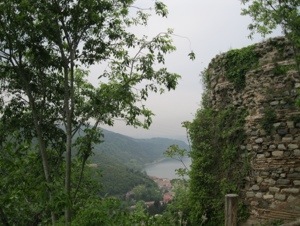 I chose a restaurant with a couple of Turkish women sitting in it thinking it was a safe bet, and ordered the local fried mussels and an eggplant mezze. When it came time to pay, I noticed that they added 4 lira as “tax”. I was powerless to protest what I knew was cheating, pure and simple (Turkey uses VAT and it should be included in the price), as I don’t speak Turkish and they had rounded up to a total bill of 20 lira – and all I had was a twenty lira bill. It’s the first time in three weeks in Turkey that this has happened to me and it made me furious. I wish I had their card so I could let everyone know where not to go. Oh well, at least it wasn’t a large sum of money, and I soon after got back on the ferry and started chatting with the nice French couple.

A few more pictures from the return trip: 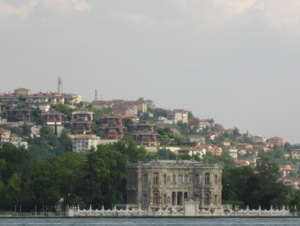 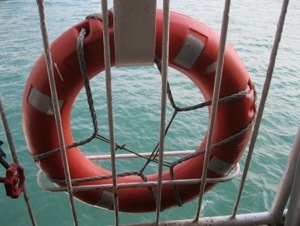 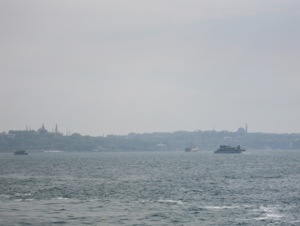 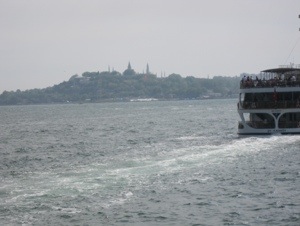 On Tuesday I decided to go to Chora Church in the morning. This church has magnificent mosaics that are apparently often compared with Ravenna’s. Many guidebooks suggest taking a taxi, but simply taking the tram the very easy if you don’t mind learning the Turkish name for the museum and asking for directions for a few blocks. The tram goes by the old Byzantine city walls. 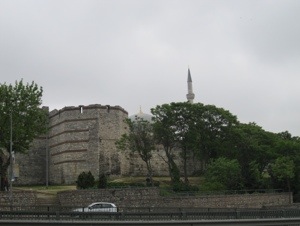 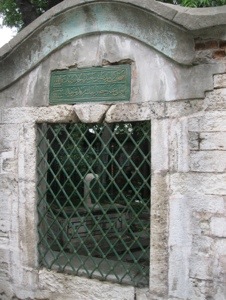 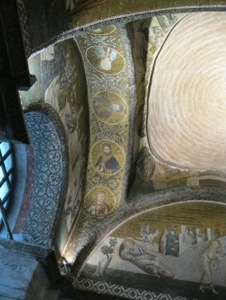 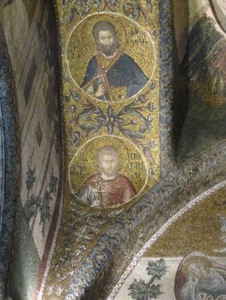 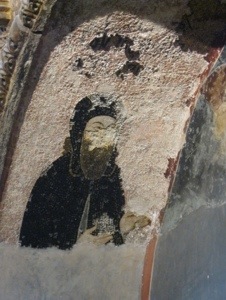 There was a great tile store across from the church, so I did a little shopping, dropped my bags off at the hotel, and went to the Taksim Square/Istiklal Street area to shop for a few more things to bring home with me. Heading home at the end of a full day, I took the Tunel funicular, apparently the second oldest subway (in Europe?The world? I’m not sure!).

PS Thanks to RLB for the blog title!