On Saturday, I took a free tour of Buenos Aires that taught me how to use the bus system in BA. Apparently there is a bus guide that divides the city into a series of smaller maps, each map being divided into a grid. To figure out what bus you need to take you somewhere, you find what grid cell you’re leaving from, look up the list of buses for that box, then do the same for your destination. If any of those bus numbers overlap, you’ve found a bus you can take to the general area. Then you look up the bus route number in the back of the book to see what streets the bus will go down.

We hopped on a bus from our starting point of Plaza Italia to head towards the barrio of Abasto. First stop, Carlos Gardel’s house. (Carlos Gardel was the famous tango singer who made tango respectable – previously it was danced by pairs of male dockworkers in La Boca and in brothels.) While the house doesn’t really look like anything out of the ordinary, the street it is on has a number of houses decorated with the local painting style of filete. Filete is the filigree and flowers painted onto brightly colored houses (which tend to be red or pink or yellow). 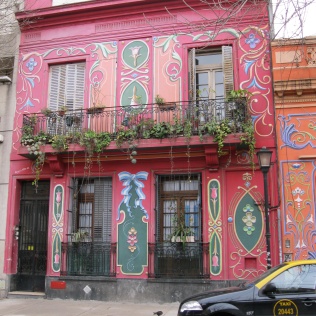 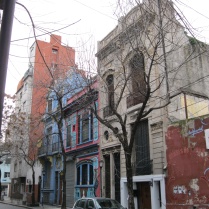 Next door to the Gardel’s house

A street in Abasto near the Gardel house
We walked around a few blocks of Gardel’s neighborhood, soaking in the houses covered in tango music and the pavement blocks that held the lyrics to famous tango songs. One street had a little, red shrine to a gaucho not-quite-saint that was dedicated to someone who had died in an accident there. Our guide Jonathan pointed out the ribbons tied to the bumper of the taxi next to the shrine – red ribbons to the gaucho, red ribbons with words on them to a saint, and finally the Argentine flag. Down the block was a car with a pail of water on the roof – that is a sign that the car is for sale.

Shrine places where someone was in an accident – not dedicated to a saint, but rather to a gaucho legend

We then headed to Asbasto shopping mall, home to the only kosher McDonalds outside of Israel. Since it was Saturday, of course it was closed. (You may have guessed from this that Abasto has a big Jewish population, and you’d be right. And in fact BA is home to the fourth largest Jewish community outside of Israel, numbering around a tenth of the city.) Abasto shopping center used to be the central market for the city, and you can still see that from its architectural style. 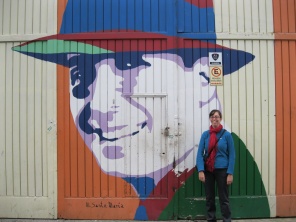 Me and Carlos Gardel 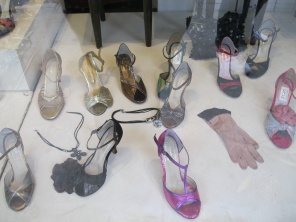 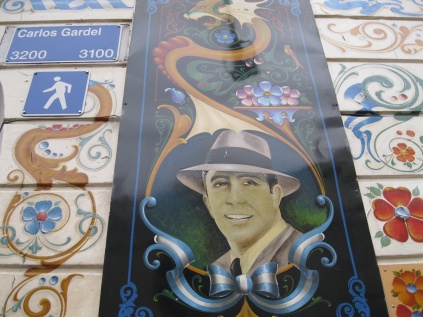 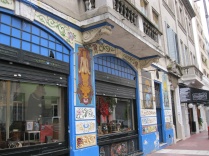 Gardel’s statue by the Abasto mall 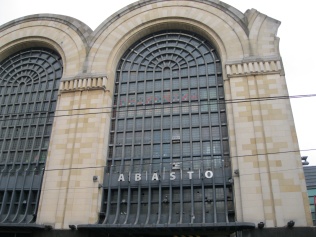 The only kosher McDonalds outside of Israel
We stopped in the food court for a snack (baked potato with ham and cheese, an unfortunate choice) and then headed down to the Subte. On our way out, we passed some tables with people applauding. Apparently Argentine director for 2010’s Oscar winning foreign film, Juan José Campanella, was there. 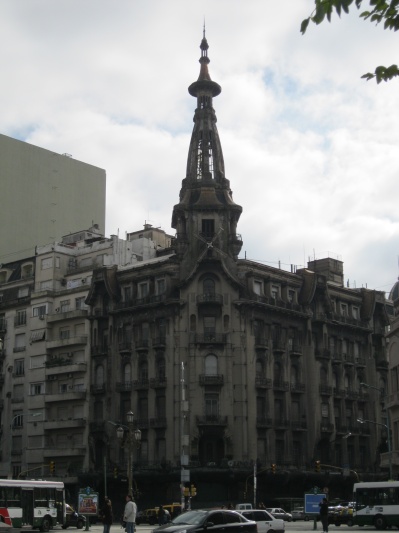 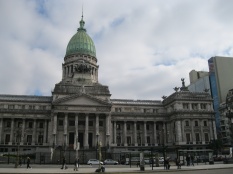 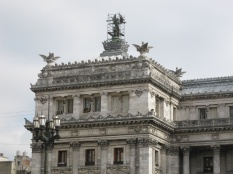 A touch of the old world

Looking down the Avenida de Mayo

Le Penseur by Rodin, version given to Buenos Aires 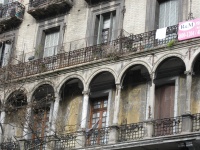 Palacio Barolo
Next we headed to Congreso, the building which houses both chambers of the Argentine parliament. Apparently the building was modeled on the US one. It’s in a square full of Belle Époque buildings, opening onto the Avenida de Mayo and, in the far distance, the Casa Rosada. Avenida de Mayo has a bit of faded elegance about it, buildings in the Parisian style sometimes boarded up or graffitied. Jonathan pointed out to us one incredibly interesting building called the Palacio Barolo, built in the early twentieth century to house the remains of Dante when Europe faded into its inevitable and imminent decline (according to the Italian immigrant to Argentina who had it built). And in homage to Dante, the building is rife with symbolism, from how high it is to numbers of columns to the murals depicting Hell, Purgatory and Paradise. I think I may need to go on a tour and check out the inside for myself!

Our final stop was the Plaza de Mayo, after which I headed to see the inside of the cathedral. It’s lovely.

I wrapped up the day with dinner at a parilla and a housewarming party where I got to meet more international students. Hurrah for all these opportunities to meet new people! 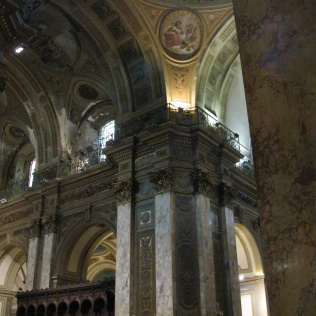