My second day in Santiago was also jam-packed with interesting things. I started out by walking the few blocks to Pablo Neruda’s Santiago house, where I took a tour around the premises (the only way they let you visit the house). Neruda must have been a genius when it came to property – he had three beautiful houses in areas that were relatively isolated in his day but have become prime locations nowadays. He loved the sea but couldn’t swim, so each of his houses is boat-themed…and this doesn’t just mean that he decorated with a nautical theme. In fact, many of the rooms in his Santiago home are shaped to remind you of a ship’s cabin.

His Santiago home is called La Chascona, a Quechua word that means dishevelled (in reference to his mistress – who later became his wife – and her mane of hair). It’s built on separate levels into the hillside, necessitating actually going outside to get from one to the other. We started on the bottom level, the original area Matilde lived in before Neruda married her. There’s a charming bar and a dining room which is low-ceilinged and very much like a captain’s dining room on a ship.

The next section of the house is higher up, and has a living room with floor-to-ceiling glass walls which once had a fantastic view of the Andes before all of today’s smog. There was a bar in this section of the house as well, and then, once we exited this part of the house to reach the library/study, we passed yet another one, filled with more of Neruda’s fascinating and eclectic collectibles! 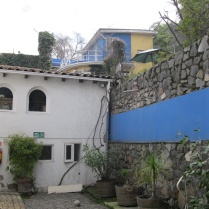 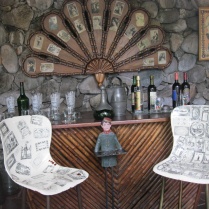 Another view of one of Neruda’s quirky bars 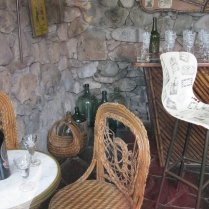 Walking around the neighborhood near La Chascona: 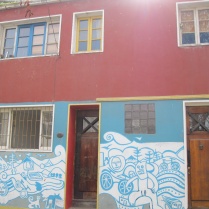 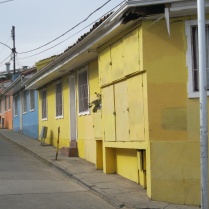 The houses in Bellavista are known to be brightly colored 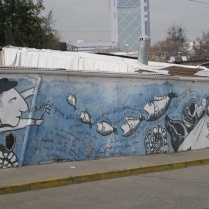 Back by Neruda’s house…

After visiting La Chascona, I decided to climb the Cerro San Cristobal, after a mote con huesillo, an interesting sweet Chilean drink. There is a funicular up, but I didn’t think the hike would be too bad. Boy, did I underestimate it! It’s a pretty steep grade, and close to the top it no longer has guardrails, so my fear of heights kicked in and I decided that I was high enough to get a pretty good panorama. 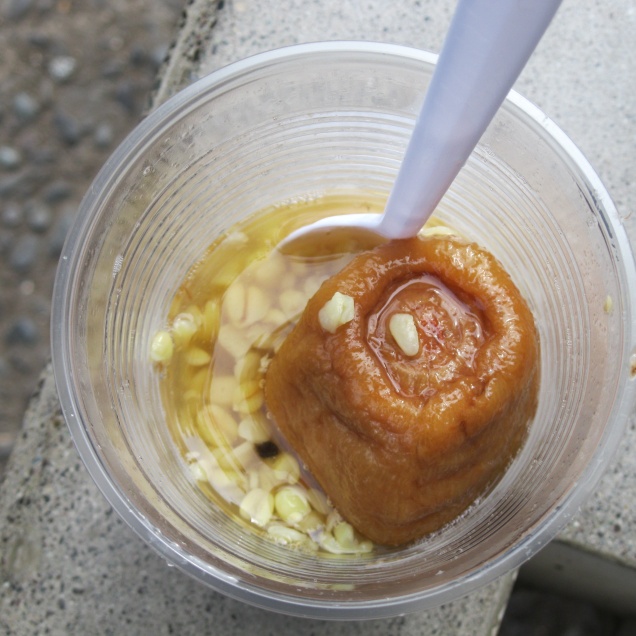 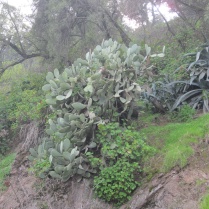 Cacti! Or some other succulent on the Cerro San Cristobal 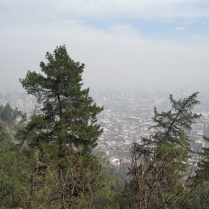 A view from near the top of Cerro San Cristobal 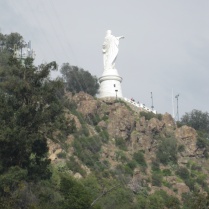 Statue of the Virgin at the top of Cerro San Cristobal

I wrapped up the day at the Museum of Memory and Human Rights, built to explore and commemorate the human rights abuses under the Pinochet dictatorship. It’s really thoughtfully put together, walking through both government action and protests in a chronological fashion while using still photos, tv clips, and documents. A couple of the things that most struck me: television footage of the coup, including the bombing of the presidential palace of La Moneda; pictures drawn by children who experienced the oppressive regime; tv commercials pushing the “yes” and “no” votes for the final referendum that voted Pinochet out of power. (I have to say that I find it amazing that Pinochet actually relinquished power when he lost the referendum held to determine whether his government should continue.) There is also a display of photos of the disappeared that hangs 1-2 stories up over the central gallery. When you go up to the next floor (which overlooks the central gallery), there is a little room walled in glass in front of that display, with lights that look like candles making it a poignant shrine. 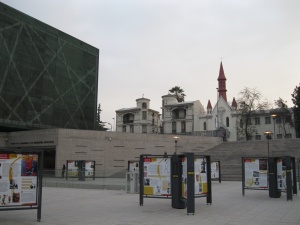 Museum of Memory and Human Rights

The next day was spent quietly, finding a laundromat, going to different airlines to price tickets to various places as I tried to figure out where I wanted to go next (and where I actually had enough time to go to). And I admit it, I finally gave in to the craving for some real coffee instead of the prevalent Nescafe and went to Starbucks!

Some more sights of Santiago: 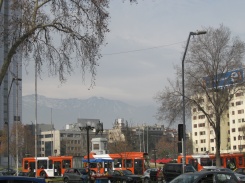 In the mornings you can see the Andes from the city!

Outside view of the old Cabildo, Plaza des Armas 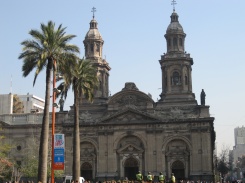 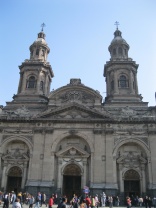 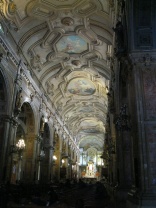 The nave of the Santiago Cathedral 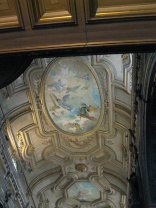 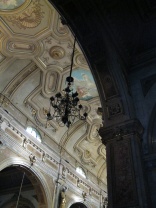 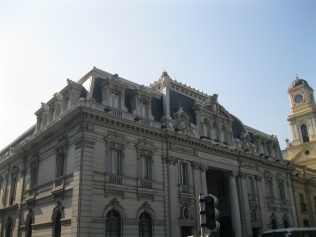 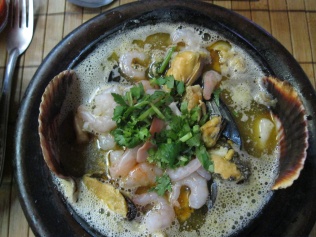 Paila marina at the Mercado Central